Fabian Hesse
I studied for nearly ten years, including some time spent in Lyon. Sometimes I do not know if I’m a little ashamed of having studied for such a long time or if that’s a good thing. Normally I do not talk about it too much but it seems to have become a theme this afternoon, which is funny, but it is interesting to compare the different systems, and for me in particular it was interesting to be exposed to different practices. So, I’d like to speak about these different systems and how they reproduce, in what can be a moment of self-organization, and the eventual possibilities available to students.

Going back to what Rosa Joly said earlier, in the German Meisterklassen system, the entire five years of study are done with the same Professor, whereas what I experienced in Lyon was a kind of class where everyone starts at the same moment, then continues with grades, and that there are different advantages and disadvantages to each system. I think that in the Meisterklassen system it’s interesting to meet very different, diverse people and other young artists, and that most of the learning happens through learning from other artists, possibly even more than from the Professors. So the first year and the last year students are together, and over the years the Professor is accurately aware of the development of the students. And, if the student doesn’t do anything for several months, or chooses to travel or do something else, it can be acceptable and accepted, and it can even be a very important element in the artistic, and indeed personal, development of the artist. This is structurally positive. In Germany, students often copy the Professor who can be seen by the students as a kind of star, which in my opinion is not so positive, possibly dangerous even. When I was studying in Lyon I had the feeling that there was a strong sense of the group within the class, which was very positive, and partly due to the fact that everyone has a similar experience of entering the institution, orientating themselves within the institution, dealing with the institution and so on. So while the process is common, individuals have their own reactions to it.

Regarding free and structured systems, Munich is really the freest art academy that I know. There is a kind of diploma, but this is the only test that exists in the five years of study. Everything else is quite informal. There are weekly meetings with a Professor or with assistants and with the class and there is no obligation to attend, no obligatory courses at all. So without attending one single art history class you can theoretically get your diploma. In Vienna, it was more the Spezialemaster System, and there you had to go to classes and so on. I think it is good because the structure really forces the students to learn something. Because learning is something that is not always funny or not always easy, this forcing can be positive. On the other hand, the structure is so strong that it can be difficult to invent or to move towards other practices. This structure reinvents itself through itself and this is perhaps not so interesting in the long run.

In Munich, there was a student protest that you perhaps have not heard about in France, against the Bachelor and Master systems and during this protest a number of students in Munich occupied a space in the art academy and they called it “salon”. Even though they were kind of pissed off, professors were respect­ful enough not to call the police to clear the space, a space that became very interesting and ended up existing for around two years, the students self-organized parties, but also workshops and lectures. There were no exhibitions in that sense but they created furniture and organized concerts, they made posters for the concerts and so on, and it was all very self-managed – certainly one of the most interesting moments of my studies.

This is in relation to the institution.

I would like to speak about a piece that I did, because it may be relevant in this context. As a student, I did a piece for the Bundesgartenschau in Munich, which is a big state exhibition on gardening that takes place every five years and has an art section. I was asked to create some artwork there, and at the same time, along with the themes of gardening, flowers and beauty and so on, homeless people who were living on next to the site were being evicted. Therefore, I chose to talk with these people and get in contact with them. At the time, I was living near to a bridge where some homeless people had made some DIY dwellings, so I asked them for advice on how to make a structure that could move around the fence of the site of the Bundesgartenschau. I was building on both sides of the fence with the same materials creating a structure that moves along this fence by building on one side and demounting the same structure on the other side. 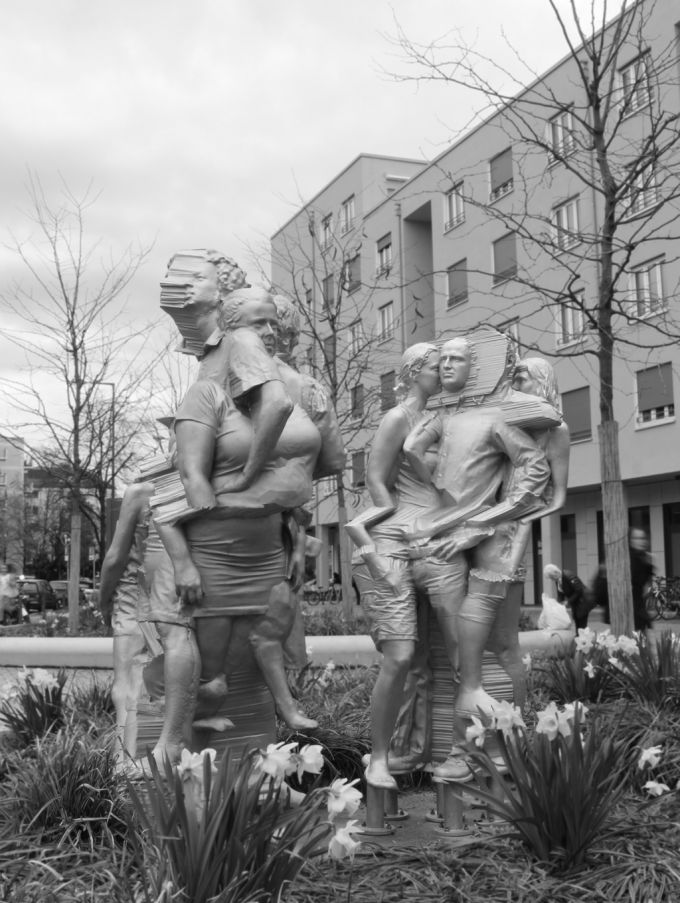 Bernhard Rüdiger
If I remember things correctly, you founded a consulting firm to keep in contact with these homeless people, to consult with them on how to build a structure that could be in open space with no materials. This was one of the goals of your work.

Fabian Hesse
Yes. What I want to say is that this was kind of happening outside of the fence, outside of the art “parcours”, which was inside the site. I made online coverage every few days with videos to make everything accessible in another way. So there is the idea of moving out of that system and providing another access to that system. This was the beginning of my interest for internet and online activity.

Fabian Hesse
Oui. That’s PP consulting agency. We offered workshops where the homeless people acted as experts and teachers. This did not happen in the art context – we had a website, we made flyers, we contacted companies. The idea was that companies could buy this as a service and come with teams for a team-building workshop, doing extreme rafting and things like that.

After my studies I asked myself the questions “Which studio can I use ?” and “How can I continue to work ?”. I discovered fablabs, open workshops for high tech tools like laser cutting and 3D printing, places that develop new relationships with objects, as three-dimensional objects can be shared through the Internet, and modified and remixed. They exist as a new kind of commons on the web and this is a really interesting process. Artists, but also non-artists, come together there, and with regard to that question of politics and economy, I think it is interesting. I heard that in Munich galleries are closing because the gallery owners say that people do not come to exhibitions anymore, because everybody just looks at pictures on the web and the gallery owners have become more like art consultants. What happens to art if it is not exhibited anymore, if it is only produced to be photographed ? 3D modelling is happening and there are sites where you can upload your design and other people can download it or they can send it to an online 3D printer service, so there is kind of a total art industry which is not necessary anymore. It is interesting to see if something happens or not. I think it’s a little like the mp3 and the music industry, where the mp3 created the situation where large corporations diminished and smaller groups, like Death Metal in Norway and in Malaysia for example had the opportunity to connect with each other – they don’t sell so much but they travel between related subcultures, and it will be interesting to see what role all of this will play in art. 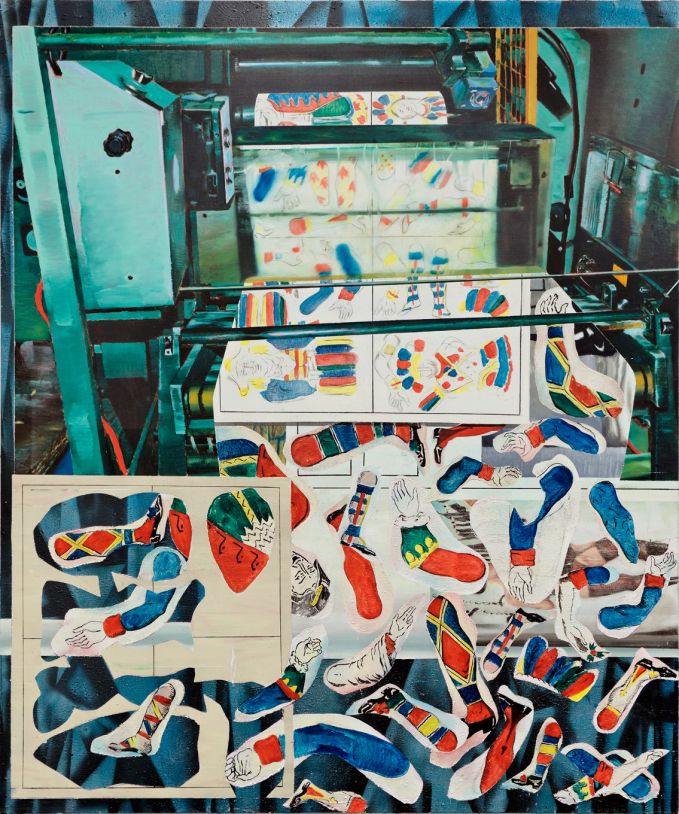